Robert Hicks, a partner with Javerbaum, Wurgaft, Hicks, Kahn, Wikstrom & Sinins, is a Certified Civil Trial Attorney, and handles a wide variety of negligence, malpractice, products liability and premises liability cases involving both the public and the private sectors. Mr. Hicks has successfully recovered millions of dollars on behalf of his clients.

His recoveries for his clients include:

Mr. Hicks belongs to many professional organizations and has served in professional leadership positions including president of the Richard J. Hughes American Inn of Court, chairperson of the New Jersey State Bar Association Committee on Medical Malpractice and as faculty member at the American Board of Trial Attorneys Trial College at Princeton University and Harvard Law School.

In addition to extensive trial experience, Mr. Hicks has had many successes in the Appellate Courts and was lead counsel in Crippen vs. Central Jersey Concrete Pipe, 176 N.J. 397, 823 A2d 789 (2003), in which a widow sued her late husband's employer for covering up its failure to correct violations found by OSHA in its equipment circumventing the statutory Workers Compensation bar to employee lawsuits against their employer.

In 2007, he was named to Lawdragon's 3000 Leading Plaintiffs' Lawyers in America list, which includes less than one percent of all the lawyers in America. Mr. Hicks has been named in New Jersey's Super Lawyers every year since its inception in 2005.

As well as working as an attorney, Mr. Hicks has spoken on numerous occasions in front of esteemed audiences. His presentations include:

Mr. Hicks works with the Deni Law Group to assist our clients in the areas of Personal Injury, Wrongful Death, and Workmen's Compensation 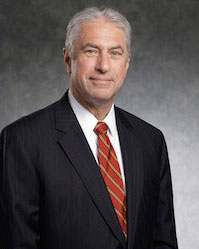